This past Saturday, I felt so lucky and blessed to have my good friend Justine throw me a baby shower.  Justine and I met in Zumba classes back in 2009, and at a holiday party she threw that year I convinced her (perhaps after a little wine) to sign up to run a marathon with me.  We trained together for many months to complete our first half marathon in June, and then our first full marathon – in Maui no less! – in September that year (post run photo below). 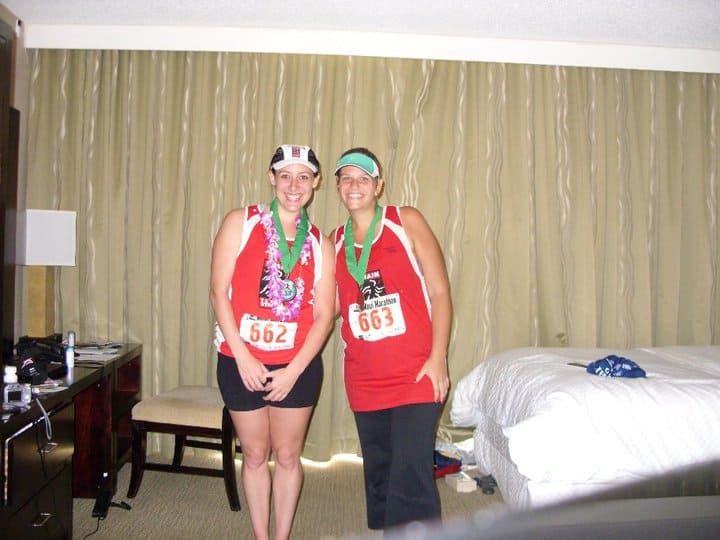 Running miles and miles together, we got to be great friends and it was awesome of her to plan a baby shower for me.

It was funny because Justine text me a few days before the shower and asked “Is it okay if some of the baby shower food is unhealthy?”  Haha!  I enjoy treats just like everyone else, and was certainly planning to enjoy a few that day, but it’s great that she knows me well enough to ask that.

We ended up having a small but awesome group at the party, and I think everyone enjoyed the spread of snacks that were put out.  There was a mixture of less-healthy indulgences and some great nutritious stuff as well.

For the healthier baby shower snacks, we had… 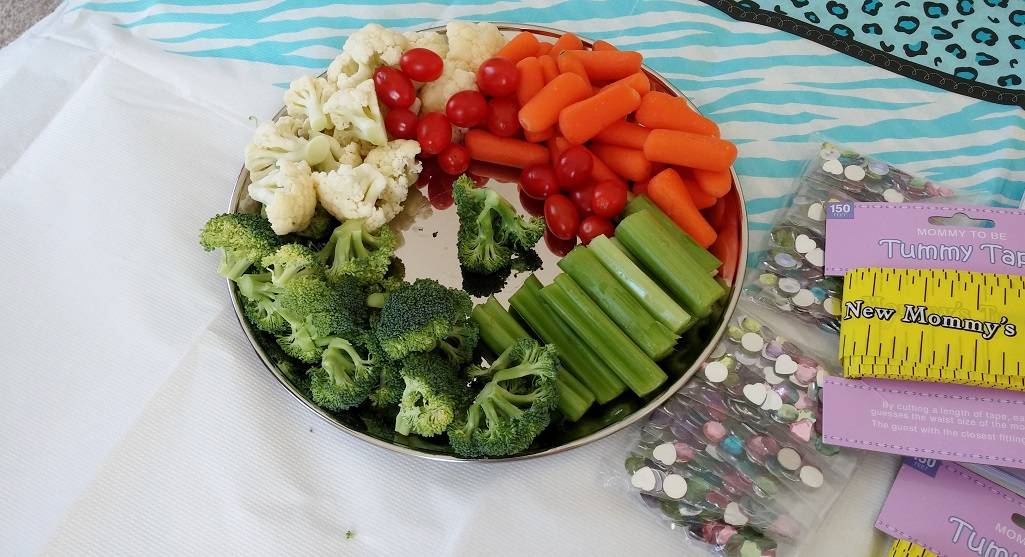 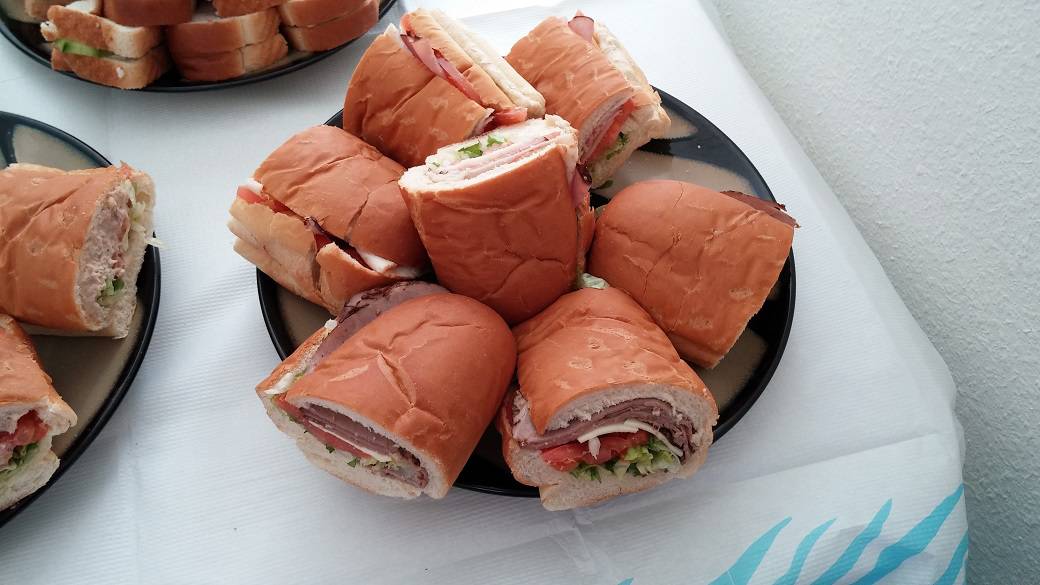 And for the treats, we had…

On a non-food related note, I was seriously blown away by everyone’s generosity at my shower!  I received so many great items that were needed/wanted for our upcoming baby’s arrival next month.  Thanks so much to Justine, Danielle, Heather, Rhonda, Retta, Jill, Steph, and Dawn for all your amazing gifts and thoughtfulness.  🙂

Disclosure:  Subway sent me free gift cards to use for sandwiches of my choice.  I received no other compensation for this post or any social media mentions.  As always, all opinions are my own.

Share with me:  What would have been your favorite food from my baby shower spread?