Disclosure:  This post is sponsored by Dole Packaged Foods.  As always, all opinions are my own.

Time to fess up – I’m totally a New Year’s Day versus New Year’s Eve person.  Staying up past midnight while people blow those irritating party horns over and over?  Not my cup of tea.  😉

But waking up New Year’s Day and thinking about the fresh start to the year?  An untouched canvas of 365 days of awesomeness?  Yep, that’s my style.

My typical New Year’s Day routine involves either a solo run or a road race first thing in the morning, followed by watching the Rose Parade right after.  (Benefit of being on the East Coast = time to do both of those things in the morning!).

There’s something about all the work and detail that goes into those floats that’s inspiring to watch, especially at the start of the year.  I’m pumped to see Dole’s float again this year, since they’ve always got something amazing on tap – it makes sense why they hold the parade record for most trophy wins!

While watching the parade, I’ll be serving up some tasty treats for brunch.  If you’ve been following the blog for a while, you know that I love to special breakfasts and brunches for my family on the weekends and holidays! 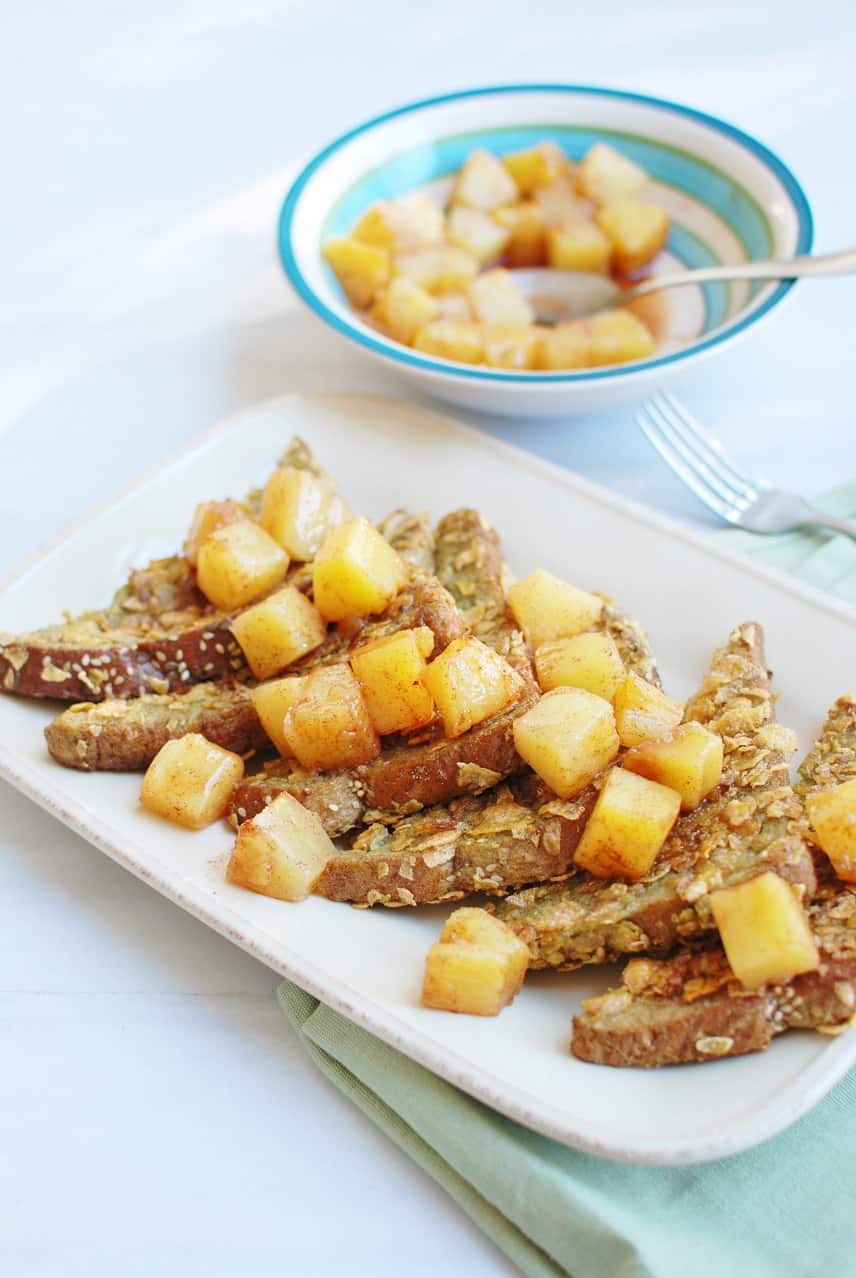 The best part about this brunch is that it sounds super indulgent, and tastes that way too, but it’s still relatively wholesome!

1. It uses whole grain bread rather than white bread.

I love hearty multigrain breads for this French toast, both because it adds extra in the way of fiber and protein, and also because it holds up well for the cornflake coating. 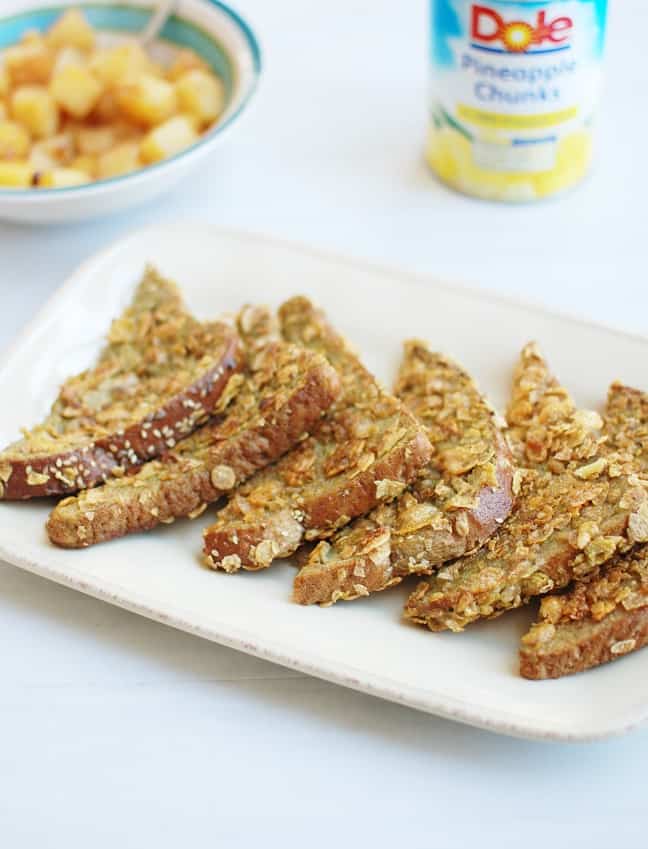 Before you immediately click the back button on your browser, I promise you – you cannot taste the spinach in the finished dish.  And I love this little hack.  Simply blend spinach into the egg mixture, and voila – a little vitamin and mineral boost.

Plus, greens are a traditional New Year’s Day food because they’re thought to symbolize luck with money.  The myth goes that for every bite of greens you eat on New Year’s Day, you’ll make an extra $1,000.  So you better believe I’m going to eat my fair share on the first.  😉

It’s incredibly simple – just empty the can of pineapple along with all the juices into a pan, add some cinnamon and lemon juice, and let it cook for about 5 minutes.  The juices will reduce a bit into a nice syrupy texture and it’s just delightful on top of this French toast.

And in certain Asian cultures, pineapples are also associated with luck, wealth, and prosperity.  Between the spinach and pineapple, I’m thinking 2018 is going to be pretty darn lucky! 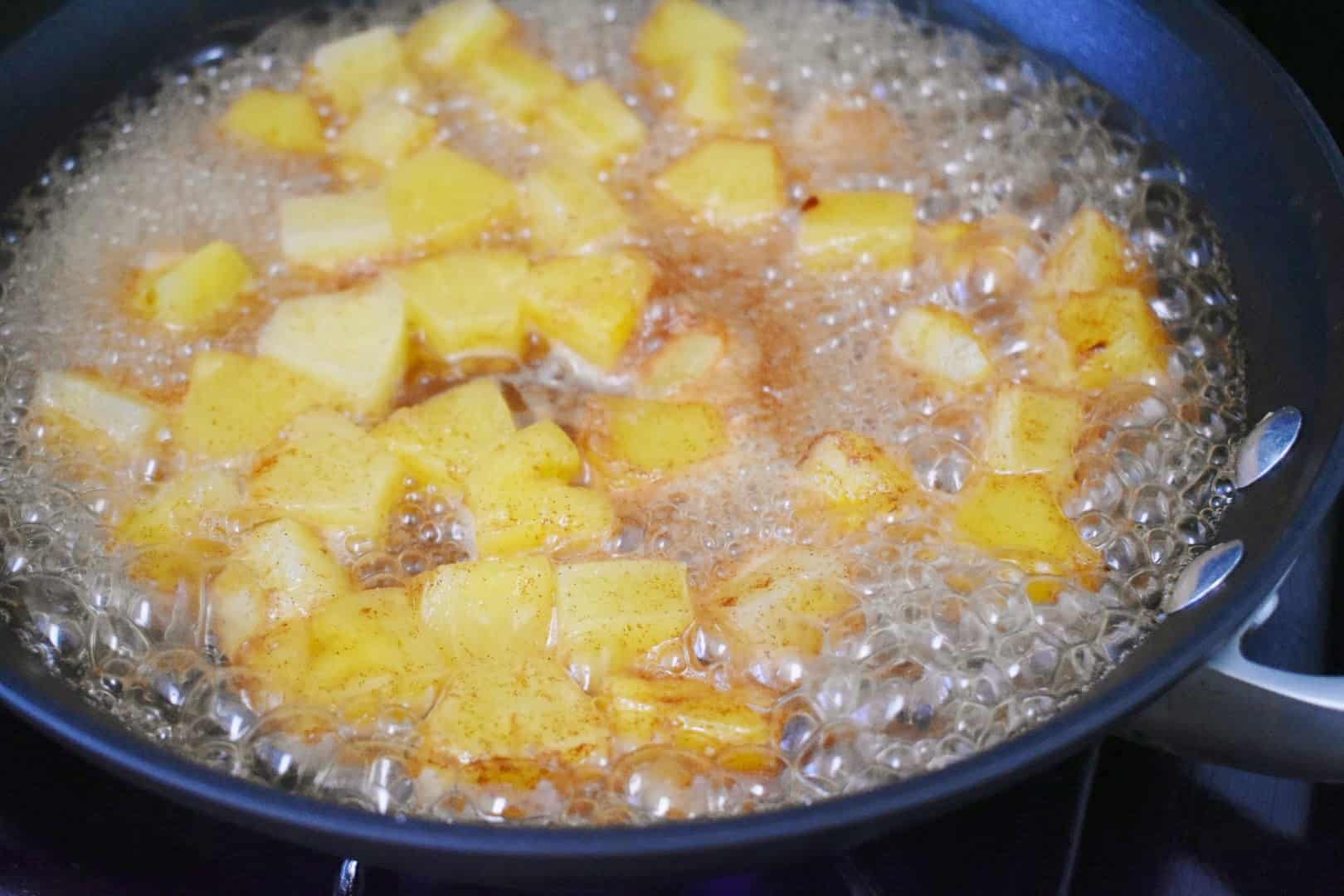 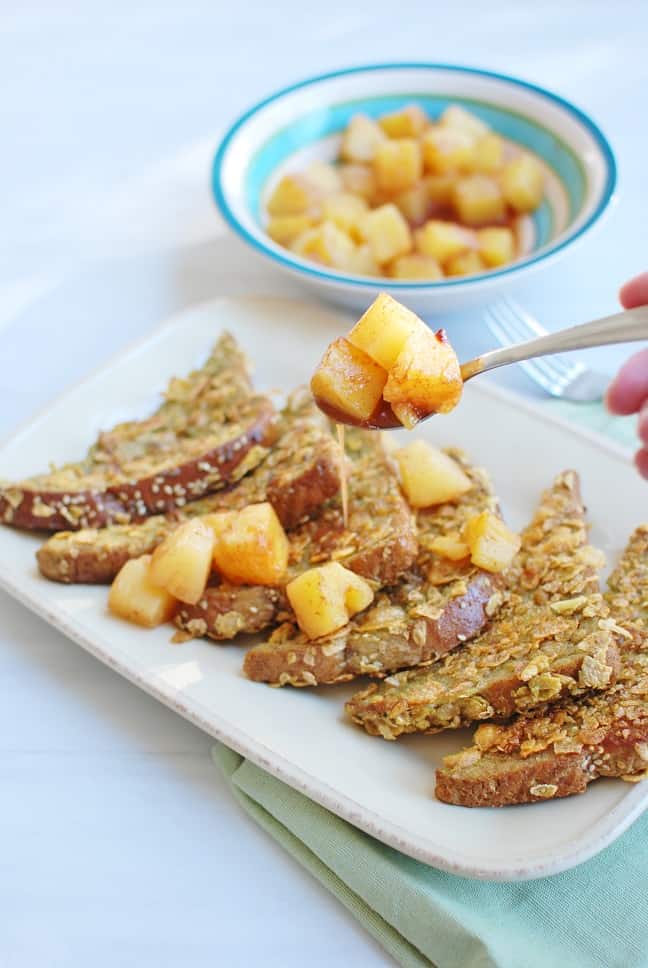 4. Easy to adapt for dietary modifications.

If you’re wondering about dietary modifications, I’ve put together a few easy swaps for you:

If you’re also going to be getting in a workout before the Rose Parade, you should know that this is a bomb recovery option.  You can eat it as is, or you could also add a little coconut greek yogurt on top to boost the protein.  Either way, you get a great blend of carbs and protein to help you replenish and recover after a long run or ride. 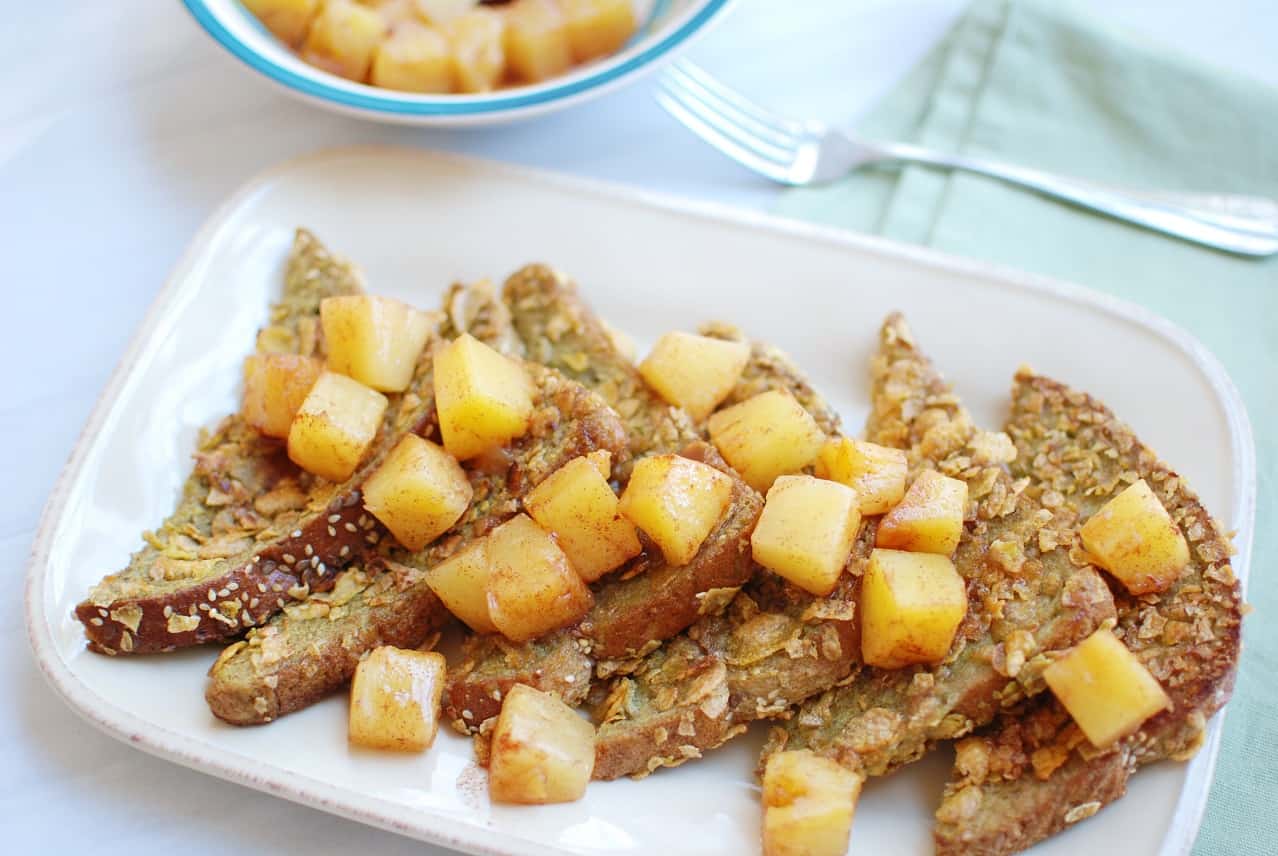 “Join me” for brunch on New Year’s!

I know you’re going to love this dish as much as I do – so come “join me” for brunch on New Year’s!  Get the Rose Parade playing on the big screen, then bring up Facebook on your phone or laptop so I can share this recipe with you live from my Facbook page on Monday, January 1st at 11:00AM EST/8:00AM PST.  Be sure to grab the ingredients you need this weekend (including your Dole canned pineapple!) so you’re all ready to make it on Monday. 🙂 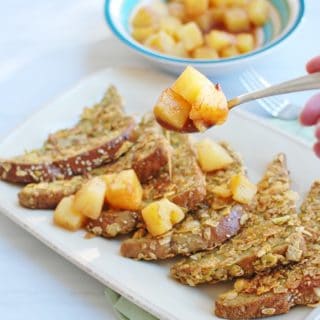 Calories: 499kcal
Tried this recipe?Let us know how it was!

Share with me:  Are you a New Year’s Day or New Year’s Eve person?  Will you be tuning into the Rose Parade on New Year’s Day?  Have you ever made cornflake crusted French toast with pineapple compote?