Yahoo – I did my first big post-baby (March 2015) and post-injury (September 2015) race!  I was training for a half marathon last October and had gotten back up to doing 7-8 miles comfortably, but then I injured my foot which led to a long process of letting the ligaments heal and building the strength back up.  I’m so excited that I was able to complete Earth Rock Run half marathon this past weekend.  {Disclosure:  I was a race ambassador for this race.} 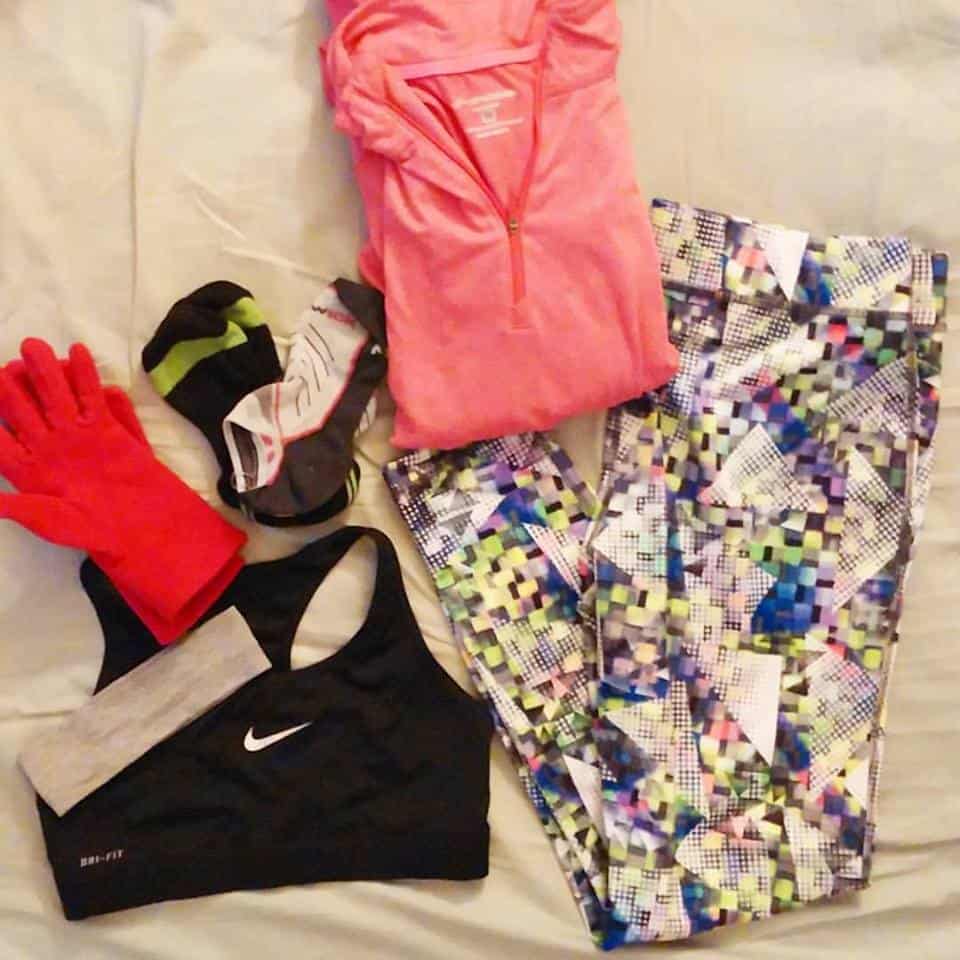 Since the race start time wasn’t until 10am, I was able to start the day with some chocolate chip pancakes for a pre-race breakfast (gosh, I love pancakes) with the family at home.  We headed up to start at Smolak Farms and got there around 9:15am.  That gave me just enough time to grab my bib (I loved that the bibs for this race had your name on them – it made me feel like a special elite runner or something), hit the porta potty the first time, nurse my son, hit the porta potty a second time, and make it to the starting line right in time, haha.

Overall, the pre-race stuff was pretty well organized and getting the bib and race swag (hoodies AND t-shirts!!) was easy.  It would have been nice if there were maybe a few extra porta potties because the lines were crazy in the half hour leading up to the race, but the race staff did delay the start a few minutes to give everyone the time they needed to use them (which I thought was a nice move on their part).

At the start, I was all ready to go with my fuel belt on and my music loaded to my phone.  I don’t always run races with a fuel belt but knew there would only be a few aid stations with Gatorade and since I don’t do gels, I wanted to know that I’d have sports drink on me if needed.  I was glad I had it because I definitely used it.  And I’m glad I had my music too, because that’s always what helps me through tough segments.  Though my husband told me before the race that I need to jump two decades into the present and invest in some regular earbuds rather than my 1990’s style headphones.  I don’t know, I can’t make the switch – I just love the old school ones!

The race started and it was pretty comfortable out; around 45-50 degrees and overcast.  I felt great during the first 8 miles.  I had a steady pace going and met a few people to chat with along the way.  I tagged along for the most part with one girl who I knew would be a good ‘challenging’ pacer for me since she was so consistent.  I also found out she worked at the hospital where I delivered my son, and that she had a son with a heart condition too.  Small world, right?

The course was pretty flat for the most part, but miles 8-11 seemed to have a bunch of tiny hills.  Or maybe they weren’t really that many but I was just getting tired, haha.  Whatever it was, those were the most challenging miles for me.  I had to stop and walk quite a few times and wasn’t able to keep up with the lady I mentioned above.  Once I got past mile marker 11, though, it seemed to flatten out again and I was more motivated knowing there were only two miles to go.  I had my music going and just kept thinking – okay, only like 6 to 8 more songs to run through!

As we approached the farm for the finish, I was SO happy knowing I was going to meet my goal of completing the race.  It might have been my 7th or 8th half (I’m not sure exactly what number) but this one felt really special because I had to work so hard to get back to it.

The course ended with a nice downhill finish (though I was a little nervous about sliding on that dirt road as I ran in) and I crossed the finish line with a time of 2:43.  Not my best time, not my worst time, but one I was proud of and comfortable with. 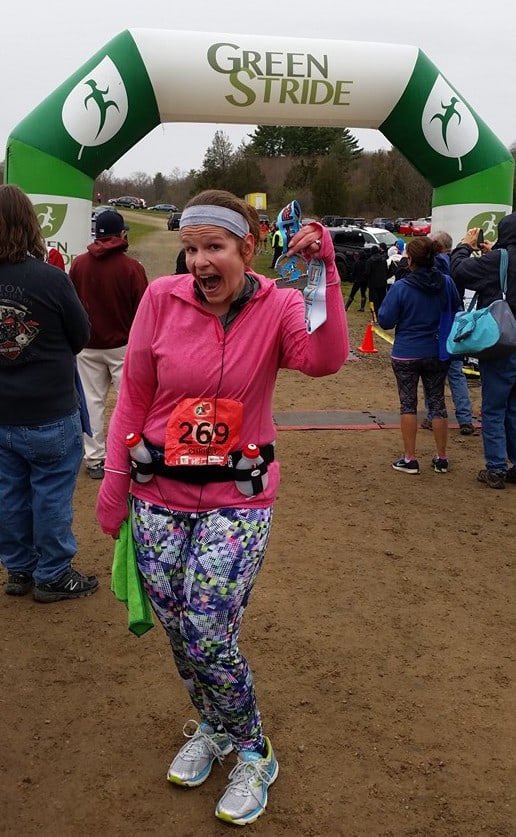 Afterwards, I met up with my friends who had also tackled the race as well as a blogger pal who came to meet up at the finish.  We grabbed some ice cream from the farm (delicious!) but then I started to get pretty chilly and we decided to head home.  Normally I like to enjoy more of the post-race festivities (and there were quite a few fun things set up here, plus the farm has animals and things the kiddos can look at!), but it had rained on some of the course and you know how it is – once you stop running that chill just hits you so quickly in damp clothes. 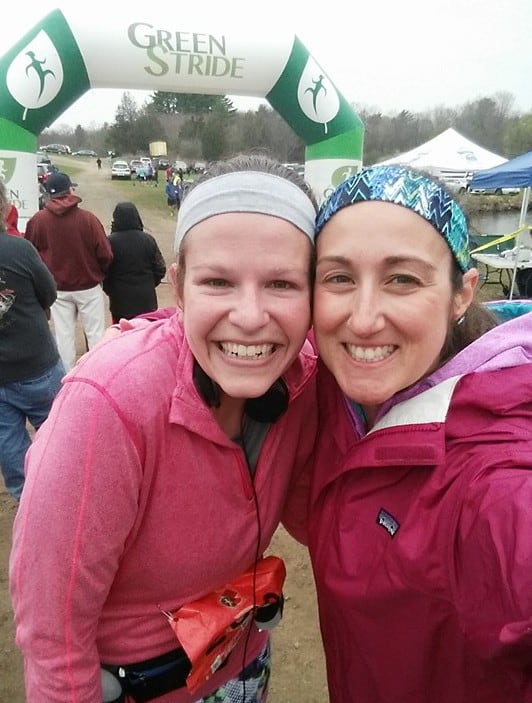 If you’re thinking about signing up for a half next spring, I highly recommend the Earth Rock Run half marathon race.  The start and finish at Smolak Farms was awesome since it offers spectators things to do while you’re running.  The course was mostly flat and was easy to navigate, with tons of police and volunteer support at every turn.  There were pacers for lots of speeds – they even had a 3:30 pacer, which I thought was really nice because a lot of half distance races don’t offer that big of a range.  Plus – ice cream and beer afterwards!  2017 registration is already open, so hop on over and consider adding this to your race calendar.

Share with me:  Have you ever had to work back to your fitness goals after a baby, injury, or some other obstacle?

Disclosure:  Green Stride gave me a free race entry into the Earth Rock Run half marathon and also provided two entries to give away on the blog.  As always, I only partner with brands I believe in and support.