Several years back, I took a solo trip to Iceland for Valentine’s Day.  It was the first Valentine’s Day after my ex and I had broken up, and I thought it would be nice to do something for myself that year.  I scored a great deal on a 5 day trip to Reykjavik.  I celebrated Valentine’s Day in Iceland at a big family-friendly festival, I took salsa and tango lessons, relaxed in the Blue Lagoon, and saw geysers and waterfalls.  It was a pretty amazing trip. 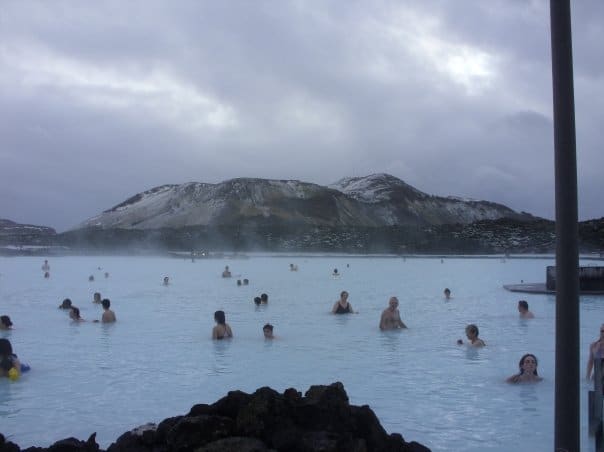 It was also in Iceland that I ate probably one of the strangest foods (or maybe most unique would be better wording) that I’ve had in my life so far, which was reindeer.  Food was pretty pricey there, so I stuck with inexpensive meals at hole in the wall type restaurants and food stands for most of my trip – and then on the last night, I treated myself to a dinner at a very fancy restaurant.  {It was the first restaurant I’d been in that offered an amuse-bouche.  I felt like I was on an episode of top chef or something.}

Anyway I ended up ordering one of the most expensive things on the menu which happened to be reindeer.  It was pretty tasty.  Similar to steak but a bit more gamey.  I really enjoyed my meal there. 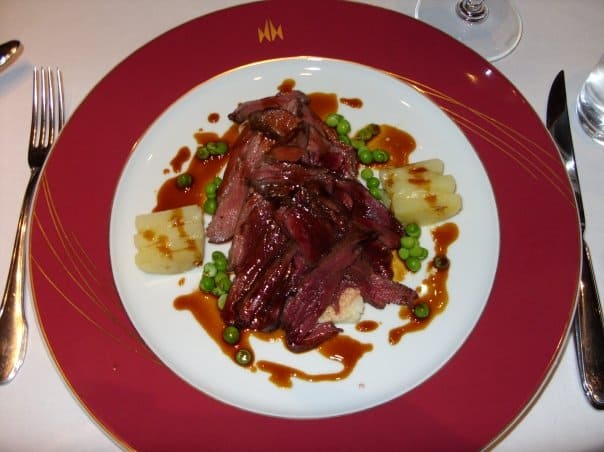 I was curious about other blogger’s experiences too and posted in a few of my groups to find out what other people’s strangest foods or most unique food experience had been.  Here’s what people had to say…

Catherine from Foodiecology:  Kangaroo in London when I studied abroad in 2005. There was a (then?) popular Aussi bar.  The kangaroo was in burger form, so it didn’t taste or look all that unusual.

Another Vote for Reindeer

Kristen from Run Away With Me:  Mine is reindeer too! I live in Alaska and reindeer is EVERYWHERE up here! We sell reindeer dogs on the street corners downtown and it’s so yummy! 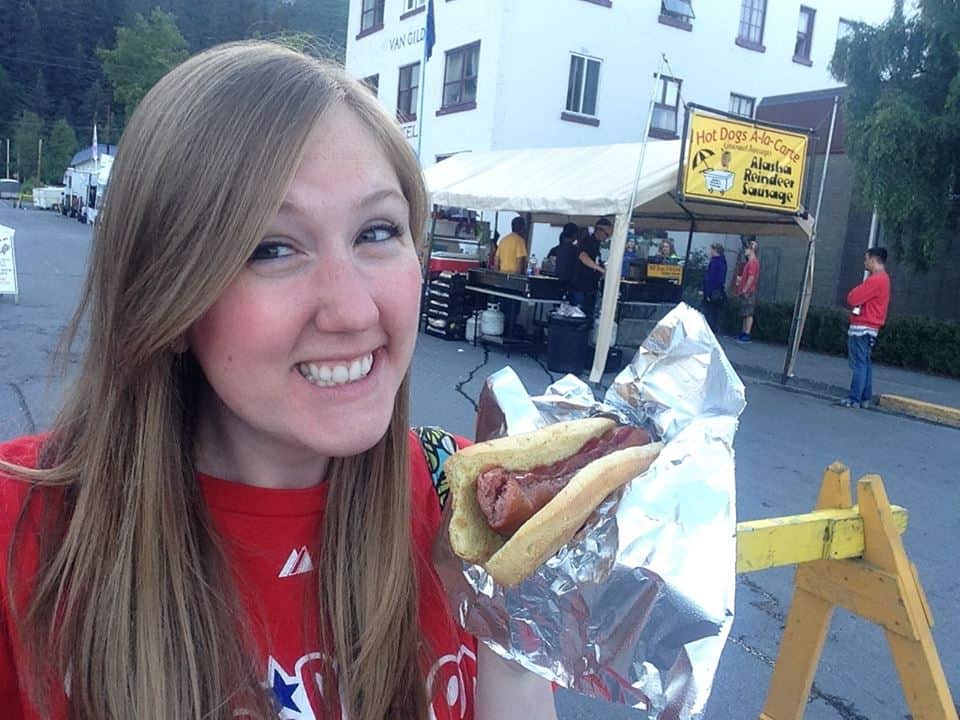 Jenny from Runny Legs Burnt Toast:  Venison truffle crostini made by Chef Thomas Keller. I know venison isn’t too unique but this seriously was the best thing I’ve ever eaten. Venison on top of a crostini with truffle oil I believe. It literally melted in my mouth and to make it even better Chef Keller was serving them himself. This was at a culinary event in Orlando about 5 years ago. So good I’m still talking about it!

Jen from Finding my Inner Bombshell :  In 1997, my grandparents took the entire family to Kenya and Tanzania for their 50th anniversary (I’m so grateful they did that)! There were 12 members of the family (3 generations) and while we were all adventurous, not everyone was an adventurous eater. On one of the first days of the trip, our safari guide took us to a restaurant called The Carnivore. There were lots of normal meats on the menu, but I figured since we were in Africa I should try all the unique ones! I tried them all, but my favorite was zebra (my dad made a classic dad joke about if I wanted white meat or dark meat). It tasted like meat to me, so it didn’t seem that weird. But I have gotten a lot of odd stares when I’ve shared the story with others. 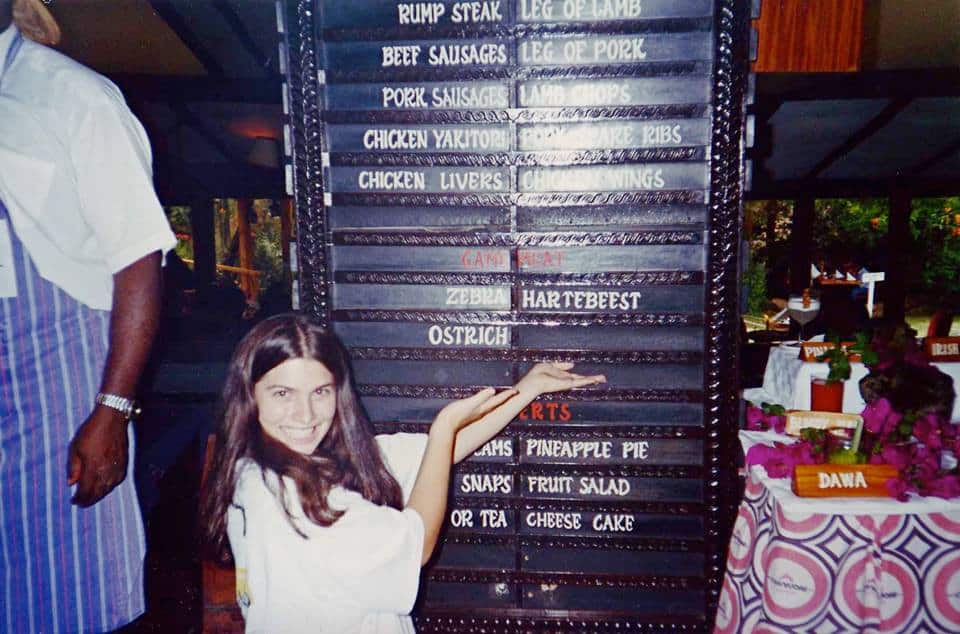 Gigi at Gigi Eats Celebrities:  Well… I mean… Maybe Frogs Legs? But that’s not that weird…  {Chrissy’s note – check out her blog post for her Toad-ally frog legs recipe! }

Laura from Fit Mama Love:  Jellyfish in Hong Kong. They are like rubber bands!  We were at a restaurant eating hot pot with my friend’s family and that was one of the many things served.

Jamie from Running Wild & Free:  My dad is a hunter, so it’s safe to say I’ve eaten a lot of strange foods. Venison, chucker, pheasant, moose, caribou, rabbit, quail, alligator, shark… Well, there’s been a lot. I’ll refrain from talking about the weird part of those things for those faint of heart here.  But the weirdest is a chicken heart! I use to train in Brazilian jiu jitsu and we’d have an annual summer bbq. One of the guys I trained with who was actually from Brazil BBQ-ed some of his own stuff there, and was like here, try this. I did actually know what it was ahead of time lol. Didn’t have much taste. It basically tasted like chicken haha.

Amber Rae from Eat 2 Save Your Life:  When I was studying abroad in China there was an awesome benihana style restaurant not far from campus where you could go spend something like $6 American for all you can eat and drink. The chef would just keep cooking until you couldn’t keep up with what was on your plate. We would go with our Chinese classmates and often had now idea what we were eating. One night our friends told us that one of the dishes was monkey brains! I was a little skeptical, but gave it a try! Turns out they were playing a practical joke on us and it was just cow throat, but still probably my most adventurous meal! 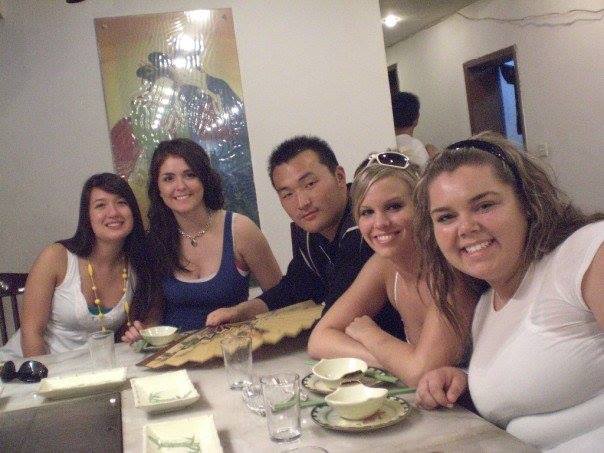 Farrah from Fairy Burger:  After living in WV for a little while, I ended up trying squirrel and bear. I also like durian, which usually gets me exiled from basically everywhere. My entire family can’t stand it and they threaten to disown me if I eat it near them, sooo…I haven’t had it in a really long time, haha.  {Chrissy’s note – I’ve only ever seen durian on chopped when all of the contestants are like “oh no, not durian!”  I’d be really curious to try Farrah’s durian ice cream recipe and see what it tastes like.} 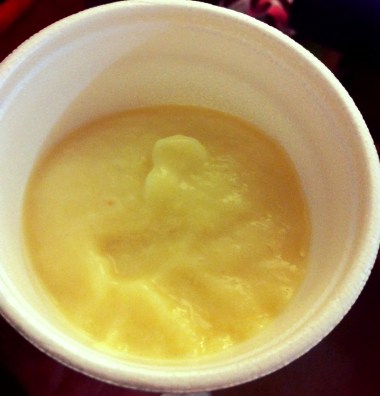 Share with me:  Have you tried any of the strangest foods on this list?  What’s the strangest or most unique thing YOU’VE ever eaten?

Behind the Scenes at NOW Foods! {+ a NOW Giveaway!}