Last week I posted this throwback Thursday photo of my friend Justine and me, which was taken right after we finished the Maui Marathon in 2010.  That was my first (of two) full marathons, and was only really my 3rd endurance race at that point.  I had done one sprint triathlon and one half marathon before doing the Maui Marathon, and went from that first sprint tri in September 2009 to tackling the full marathon in September 2010.  I realized that I wasn’t blogging at that point so I never wrote up a Maui Marathon race recap, which gave me an excuse to go back and dig out some fun photos from the trip to write this one up.

After really falling in love with the feeling of crossing the finish line of that first sprint tri that I did, I knew I had to pick out what was next for my calendar.  I decided on a half marathon (13.1 Boston, back the first year they held it when it was at Blue Hills).  Mid-way through training for the half, I came across the Train to End Stroke program (which I believe has now merged with Tedy’s Team) which had an option to fundraise for stroke research and complete the Maui Marathon.  I took the plunge and signed up for it!

Shortly thereafter, I realized that training for a full marathon would be wayyyy better if I had someone to enjoy (suffer through?) the long runs with me.  I managed to finagle my friend Justine into signing up with me, and off we went training for the race.

Justine and I stuck to our first training schedule pretty religiously, and our coach through the program met us on Saturdays for runs in Boston.  The distances from One Beacon Street to various checkpoints on Beacon are engraved in my mind now {Marathon Sports in Brookline?  4 miles out there for a total of an 8 mile run.}  The coach would meet us along the way with some sports drink and it was really great having that motivation when training for the first one.  I think one of the benefits to the charity teams is having that support and encouragement.

Race week came and we gathered up our stuff and took a long trip full of delayed airplanes and connections (on different flights mind you).  We got there late at night, but had one day in between to relax before the race, which helped. 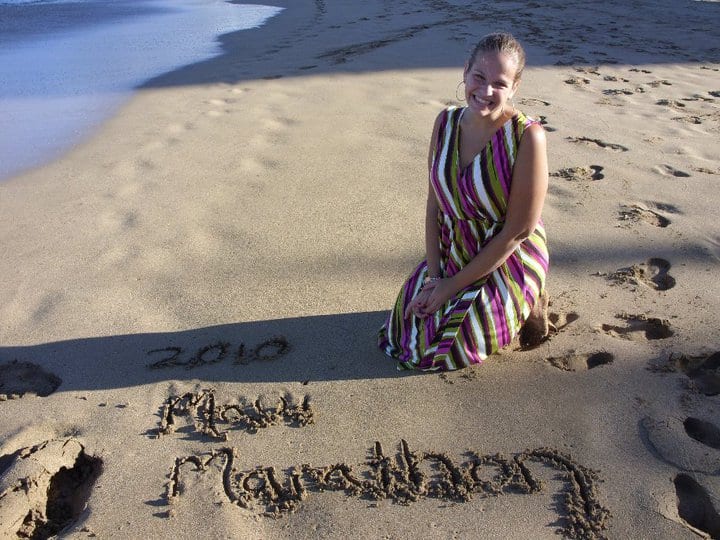 The morning of that race was crazy.  I was a bundle of nerves, and because the race started so early (5am!) we had to take a shuttle from the hotel around 3am to where the start was.  Luckily the finish was right around our hotel.

From about 3:30am to 5, we were just sitting around outside with all the other runners waiting to get started while they shuttled various groups of people over.  It was already really warm – maybe 70-75 degrees at that point – and the sun wasn’t out yet.

We ended up chatting with Joni to kill some time before the race, who we had met the night before in Maui.  Craziest story – the three of us were at the same table for the pre-race luau dinner.  I mentioned that I lived in Boston and Joni says “You don’t know Brooke (insert last name), do you?  She lives in Boston.”  And insanely enough, Brooke was one of my best friends at the time!  We worked together at my previous job.  So that was just such a fun coincidence and it was great to connect with her during the event. 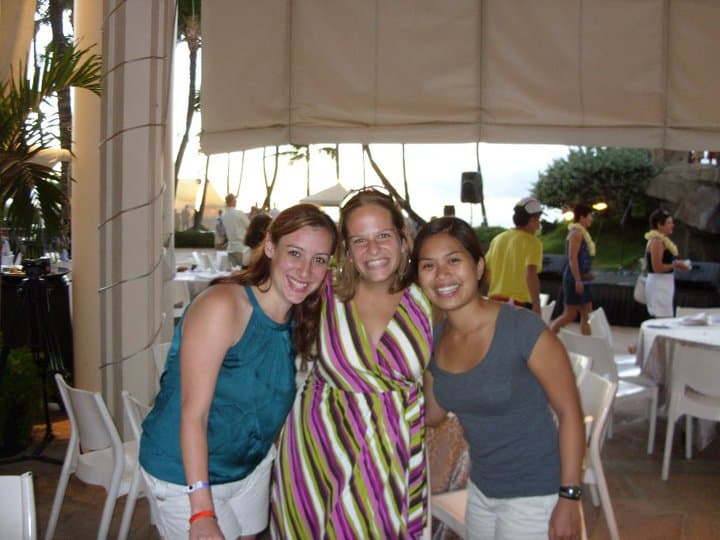 5am approaches and we all line up to race – the start goes off and it was surreal.  I just remember thinking – “oh my gosh, I am about to run 26.2 miles.”

The course was gorgeous.  I wish I had been into social media more back then so I could have grabbed at least a few photos along the way.  Most of the course was oceanfront (see the map below from the Maui Marathon website) – which was great for scenery and because it was flat! 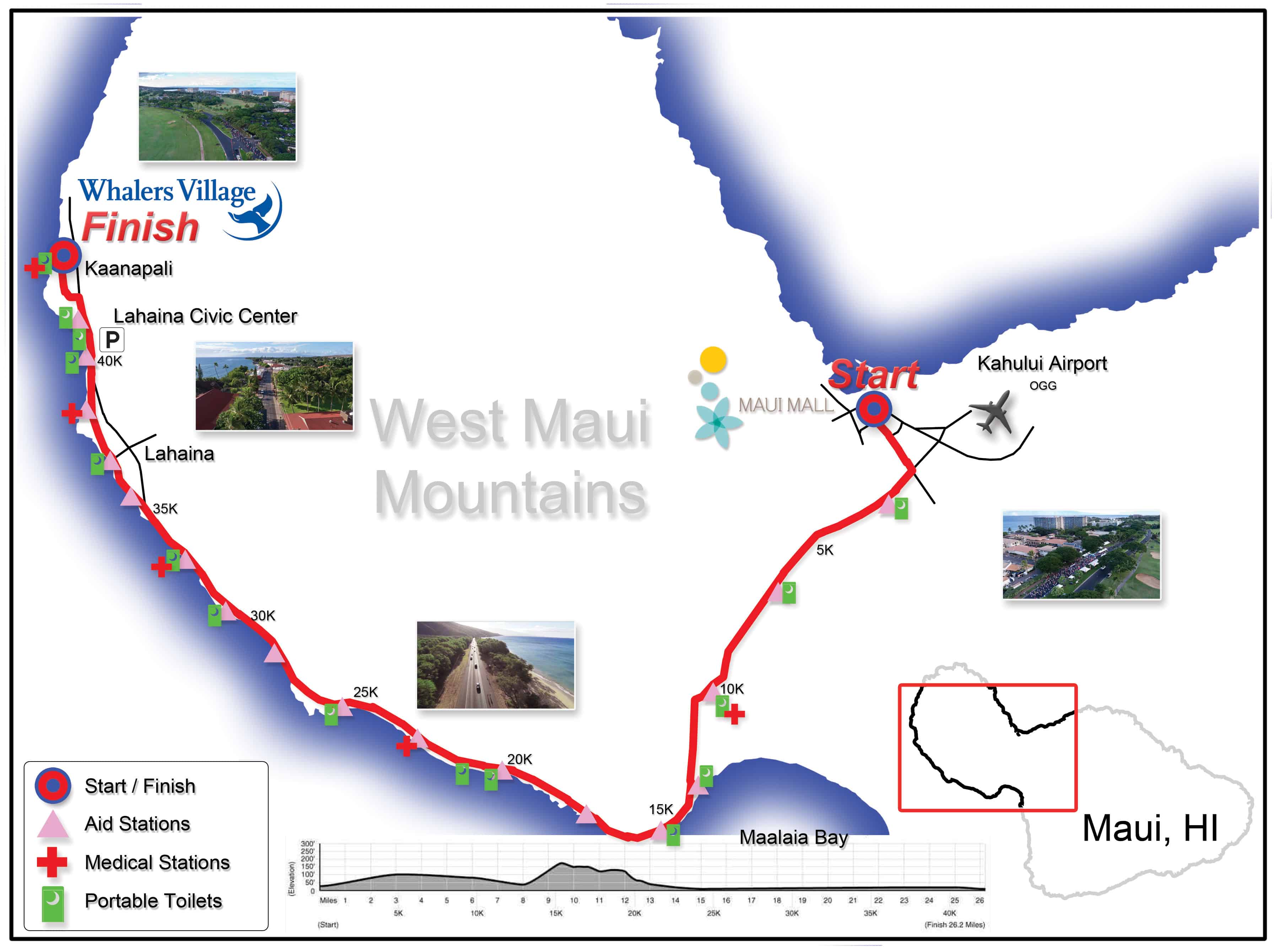 I went out too fast though and it killed me.  I’m much better (for the most part) with pacing myself in races now, but I went out guns blazing.  That, combined with the fact that once the sun came out it was in the mid-80s and humid, got me to mile 13 thinking I would never be able to make it to the end.  Plus I definitely threw up multiple times between there and mile 26.2.  Including one time where a group of spectators were very close and cheering me on, and then I turned and threw up right in front of them.  I’m sure it’s a great memory for them as well. 😉

Of course, I did (thankfully!) finish.  I kept plugging along, run/walking for a good portion of the last several miles.  The course had missed a few mile markers – and I didn’t have a GPS watch at this point – so I remember feeling so lost as to where I was.  When I got to around mile 22, I remember asking someone at an aid station and them telling me it was “only” another 4 miles.  I started crying.  There was a photographer right after that, so of course the race photo is quite lovely.  Ironically, Justine started crying at the same point (though about 10 minutes ahead of me) and her photo looked just as awesome as mine.

I realize I’m making this sound miserable, haha – it wasn’t that bad.  While it was a struggle throughout the race, there was nothing in the world that compared to the pride and joy crossing that finish line.  The whole time I was running I kept thinking “why would anyone do this again after doing it the first time?!”.  A few minutes after the finish, I found Justine and we both commiserated on how hard it was.  Yet about an hour later, when I was thoroughly enjoying a ridiculously expensive plate of room service French fries, I thought “I could do this again.” 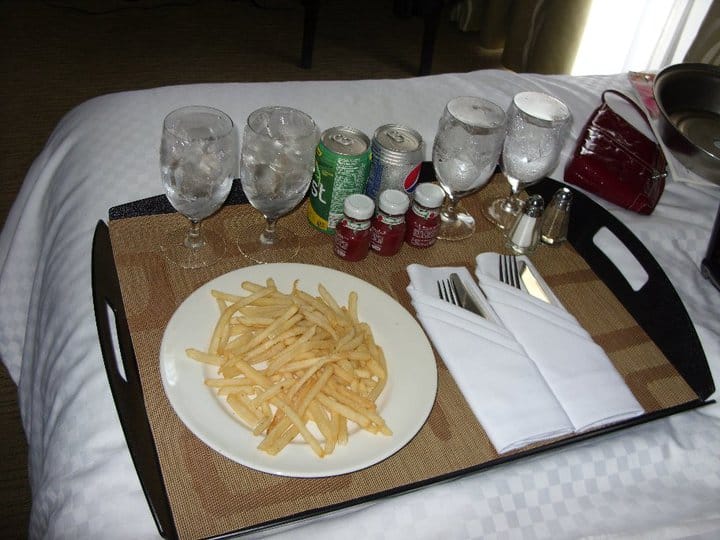 So there ya have it – my Maui Marathon race recap for a nice throwback Thursday edition of the blog.  The rest of the time we spent in Maui for our trip was fabulous (and plenty active too) as we were able to do things like hike part of Haleakala and watch the sunset from the top as well as visit waterfalls and black sand beaches on the road to Hana. 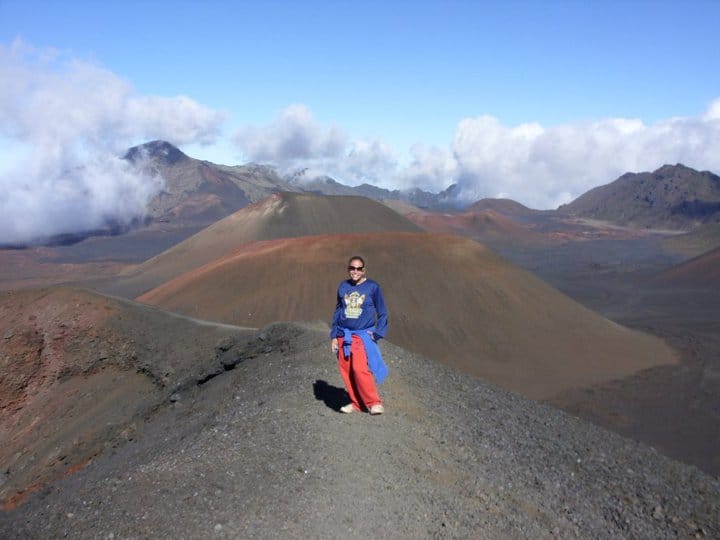 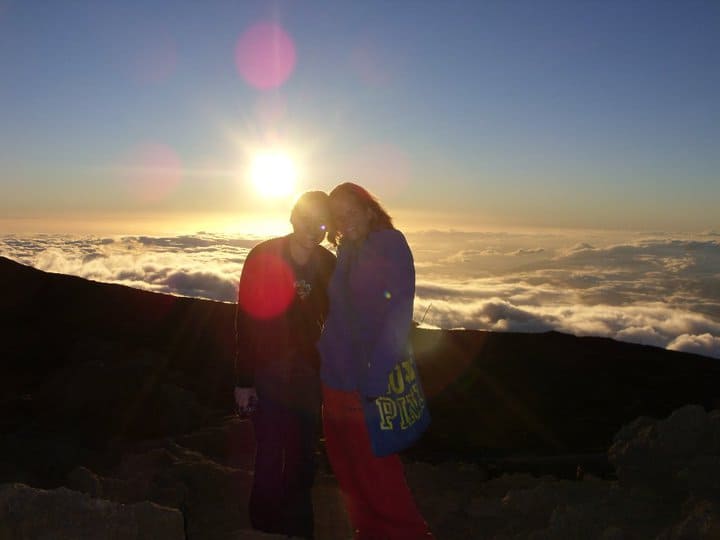 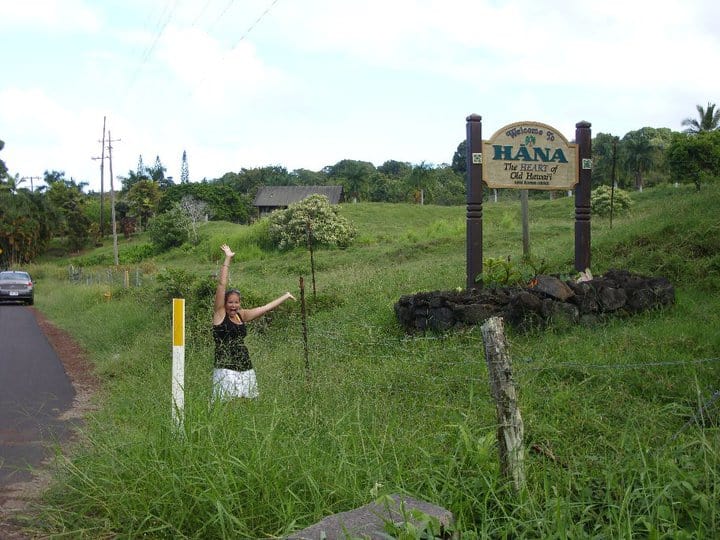 Share with me:  What was your first marathon or triathlon experience like?  I’ve you’ve never done a marathon, would you consider taking the 26.2 plunge?

More recipes you may enjoy