Most of you runners and triathletes probably know that caffeine is widely accepted as a performance enhancer.  Though the jury is still out on the exact mechanism, it is believed that caffeine functions in several ways related to endurance performance.  It likely has a role reducing perception of fatigue by impacting certain receptors in the brain, and it may also influence neuromuscular function in skeletal muscle and improve fuel utilization of fats.

The amount of caffeine that can improve endurance performance is in the range of 3 to 6 mg per kilogram of body weight, consumed on hour before exercise.  That’s about 1-3 cups of coffee before workouts. 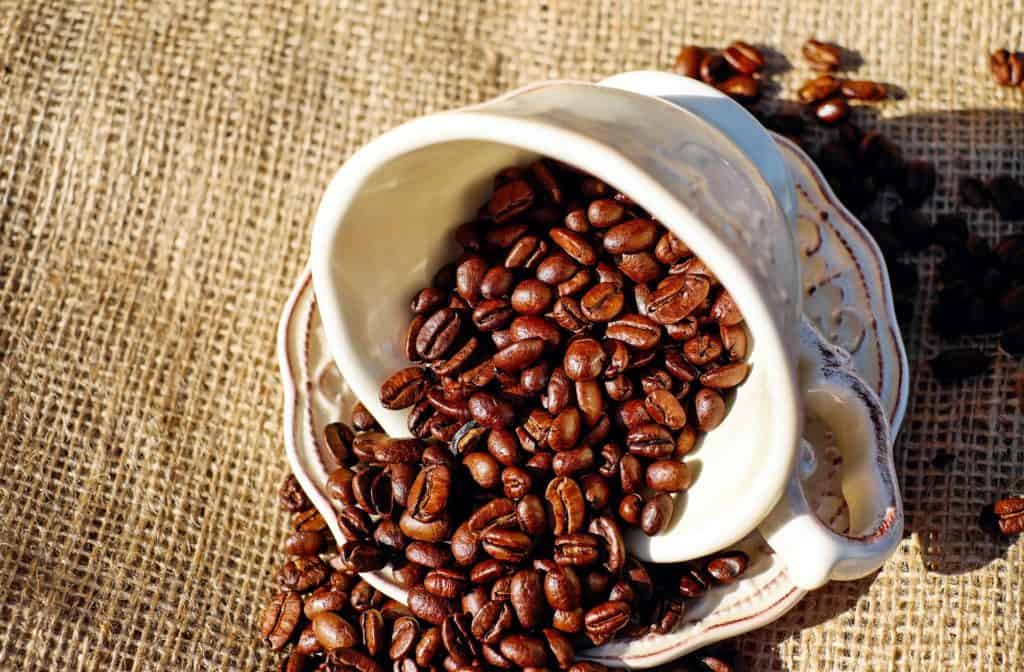 But what if the impact of the caffeine on performance was affected by your genetics?!

This is a new area of thought, and though not well researched yet, I wanted to give you a little breakdown today.  {Before I start, let me tell ya that I am not a genetics expert, so apologies if I’m botching this terminology at all.}

Scientists know that differences in our genetic makeup affect how we metabolize caffeine.  There are several genes involved, but the main one we look at is called the CYP1A2 gene.  This gene is responsible for directing production of an enzyme in the liver that breaks down caffeine.

There are several variations in the CYP1A2 gene that can affect caffeine metabolism.  None of them are particularly well studied when it comes to performance, but probably the most well studied is the rs762551 single nucleotide polymorphism (SNP).  The genetic makeup here can be one of three types, made up of a combination of two different alleles (A and C).  “A” is associated with faster caffeine metabolism while “C” is associated with slow metabolism.  That means you can have one of the following combinations:

I was able to find three studies on this particular genetic variation:

2. Another cycling study looked at two 40km time trials among trained male cyclists.  Participants were categorized into two groups:  AA genotype vs. C allele carriers.  Ingesting caffeine an hour before the time trial resulted in better performance in both groups, but this was more pronounced in the AA group.

3. A third cycling study broke down recreational athletes in a similar way – AA genotype vs. C allele carrier.  In this study, caffeine did not impact performance, and there were no differences between genotypes.

But there were some major differences between these studies – for example, the second study looked at trained athletes while the first and third looked at recreational cyclists.  The first study was a sprint (3km), while the second was a measure of endurance performance (40km).  I’m tempted to veer towards the second study since it’s specific to endurance athletes, which suggests that fast metabolizers would have the upper edge with caffeine intake, but of course we need more research about this.

What prompted my interest in researching this was a session at FNCE last October that looked at another CYP1A2 gene variation – a single nucleotide polymorphism (rs2069514) that can be broken down by these combinations:

In this session, RD and PhD candidate Nanci Guest shared her recent research on the GG vs. GA/AA metabolizers.  This study hasn’t been peer reviewed yet, so it’s worth taking with a grain of salt.  But in her research, the GG fast metabolizers had a boost in 10km cycling time trial performance with caffeine ingestion beforehand.  Those with the GA breakdown had insignificant changes.  Those with the AA slowest metabolizer genetic makeup actually slowed down with caffeine use.

Super interesting, right?!  Who knew that coffee before workouts could be so complex?!

Obviously no firm conclusions can be drawn about this yet, but keep an eye out in the next few years for more research on this as well as other areas of nutrigenomics.  I think we’ll be seeing a true testament to the fact that sports nutrition can really be an individualized science.

In the meantime, pay attention to the impact of caffeine on your body.  If you feel like green tea or coffee before workouts is not helping you or causing jitters and rapid heart rate, don’t feel like you need to use it in the name of performance.  Because depending on your genetics, it could actually be causing you to slow down.

Share with me:  Do you use caffeine before races or drink coffee before workouts?  Have you ever heard about the different types of caffeine metabolizers?